You have no items in your shopping cart.

Insights, how-to’s, and much more from the world of asphalt maintenance

Can Gator Patch Save Your Cracked Asphalt?

Have alligator cracks on your pavement? These cracks can quickly degrade over the winter, so using a Gator Patch to fill the cracks now can head off further damage.

Alligator cracking is an early sign that your pavement's substructure is at risk and you should take immediate action to patch it, before the problem is so severe that you're at risk for potholes.

Winter: everything is dead, including asphalt maintenance! But it doesn’t have to be that way. You can make money all winter long by creating a Pothole Repair division!

The freeze / thaw, freeze / thaw cycle that happens every winter can force ice into cracks, expanding the breaks in the asphalt until they become potholes.  And potholes aren’t just an eyesore – they’re a liability.  If someone’s car is damaged, or if a pedestrian trips and injures themselves, property managers can be in for serious payouts.

What is Sealcoating and Why Should I Do It?

Your property’s asphalt driveway or pavement is likely one of the biggest investments you have made, and you will naturally want to keep it looking as good as new for as long as possible.

Sealcoating is one of the most effective ways to keep your asphalt driveway in the best possible condition for many years.

White Spots in Pavement After Sealcoating

Have you received a complaint about white spots in pavement after you’ve sealcoated the asphalt? Learn what they are and what can be done about them.

Unfortunately, white spots in pavement may happen at any asphalt sealcoating job. It’s unavoidable. It’s also something no worker is at fault for, regardless of what the customer says. However, companies should prepare for finding white spots in the pavement all the same.

How to Hire (And Retain) Talent For Your Asphalt Maintenance Business

In spite of record unemployment, getting great talent for your asphalt maintenance business is really difficult. In this article we discuss four methods to help hire and retain top people.

In spite of staggering changes to the economy, employers across the country are crying out for skilled and valuable staff members. In fact, with such fierce competition, finding and holding on to great employees may be one of the biggest challenges you will face as a business owner.

Today we’re going to offer you a brief overview on how to find the perfect employees for your business and, more importantly, how to keep them!

Reflective glass beads for paint are necessary when it comes to improving night visibility of painted lines.

Reflective glass beads for paint are an essential part of the line striping process. Yet many people are unaware of these beads. Without them, headlights would not pick up painted lines and curbs. Asphalt sealcoating companies need to understand the proper application of these beads.

Asphalt Maintenance Season Winding Down: Do You Have The Supplies You Need To Finish Strong?

September is almost here and that means it's time to get more work done! Here are three fears you can overcome to have your best season ever.

With the winter season approaching, asphalt maintenance contractors across the country are racing against the weather to finish up those remaining jobs.

The US government has a budget that has to be spent by September 30th. Know why asphalt maintenance is a great place to invest in.

Each fiscal year, the US federal government creates a budget to fund various services and programs for the country. To calculate the budget, the government considers its allotted money and expenditures. The budget comes from tax revenue and sale of treasury securities. Expenditures, meanwhile, consist of mandatory spending, discretionary spending, and debt interest.

The government decides how to collect and spend its money for the fiscal year, choosing programs and services that will be consumed or invested in. The federal budget is active from October 1 to September 30 each year.

Often, agencies race against the clock to spend the rest of their budget before the fiscal year ends (September 30). The uncertainty in the annual appropriations process prompts agencies to spend more on contracts than any other month of the year.

How to Carry out Fall Asphalt Maintenance in 5 Easy Steps!

An asphalt driveway is without a doubt an investment, and one you ideally want to keep for as long as possible. Fall is the perfect time to get your driveway maintenance ticked off the to-do list.

With most asphalt maintenance techniques requiring ambient temperatures over 55 degrees Fahrenheit, Fall is the ideal window to get your driveway well-protected before the icy onset of damaging winter weather. Luckily, regular asphalt maintenance needn’t be a complicated task, and we’re going to walk you through how to protect your driveway effectively in 5 easy steps.

Are you on track to hit your goals during the Winter season?

With the Winter season just around the corner, now is the perfect time to evaluate where your company is at in terms of revenue and other significant goals.

Here are our top 7 tips on how to optimize your business, start the new season on a positive foot and smash your goals, regardless of where you’re at right now.

Get tips and tricks from the world of asphalt maintenance – sealcoating, line striping, crack repair and more – straight to your inbox.

Are you a contractor?

Check out these new sales techniques that are working during COVID19 shutdowns. 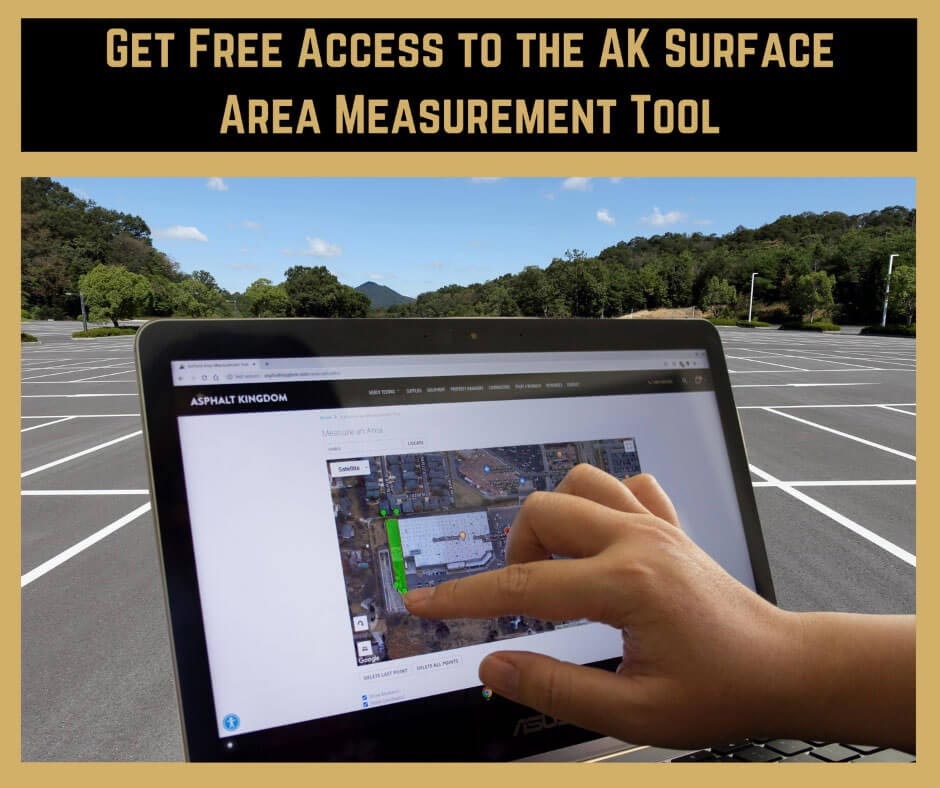 If you're new to asphalt maintenance or looking to grow your current business, these free courses have the latest information you need to work effectively and get the job done right.

Be the first to know about new products and special sales